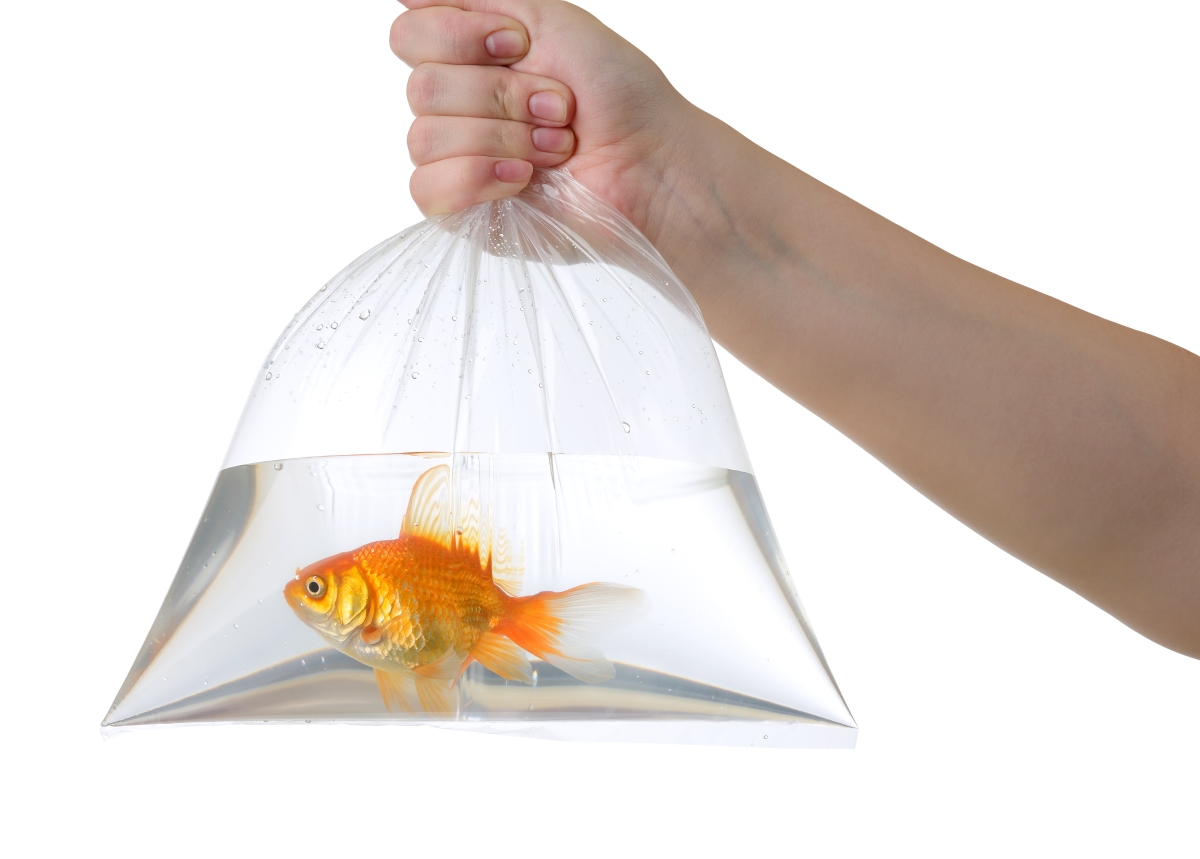 Almost everyone has a fish story and it’s usually not about the fish that got away. No, the tale they bemoan is the about the fish they caught or the one they stayed with and they probably should have thrown back. Relationships, jobs, towns they stayed at because they were familiar and they’ve always lived there. These are my thoughts today. Should we follow a whim? Take a chance? And what if it doesn’t work out? And like me, have you forgotten how to have fun?

In most towns, there’s a carnival our kids drag us to. We spend a ton of money to gorge on fried snickers, cotton candy, funnel cakes, popcorn, and we often end up carrying around a couple of half dead goldfish in a clear plastic bag. Junior won them. Way to go little tyke! So here we are in line at the superstore, the cashier’s ringing up your purchases. The tank, food, gravel, and water purifier are all yours for a grand total of $50.00. Charlie, fish number one might live through the first day. You’ve got a decision to make. Buy another fish to replace Charlie or let the whole episode die of natural causes?

Most of us, including me, are not good at taking off on a whim. Quick changes. If I have a hankering for ice cream in the middle of the night, I’ll usually ignore it and go back to sleep. But there are some people I know that would go to the extreme, beyond even the ice cream in the middle of the night. I know a person who if they felt the urge to go skiing, and if there were ski slopes available, would drive across country, just on the whim. They could ski just one day, and be good to go back to work when they came home. And here I can barely get myself out of the house to take out the garbage.

I’m really not talking about goldfish. Life is expensive. Someone once told me, having a car costs. One way or another you’re going to pay for having the luxury of driving. Whether you repair it if it’s used or if you buy it new and pay for its newness. Truthfully all of life is that way. That $50.00 will be spent somewhere, whether you spend it on the goldfish or on pizza. The choice is where do you want to spend it.

My question is, what is this costing me? Every day that I sit and not act on an urge and every time that I suppress a desire to play and I choose to work instead, what is this costing me? Sometimes when you’re just putting up with stuff, you’re only taking the easy way out. If something is continually chafing you in a situation, it’s a good sign that it’s time to change. It might be time to cut our losses and get out.

How much does it cost?

Thanks to Christi for the goldfish inspiration – if you’re reading, you know who you are!