I Love a Good Yarn – A Story That Is 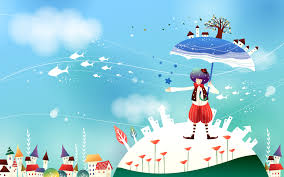 He doesn’t exist. It’s a beautiful story of love and charity, but the evidence of his existence isn’t there. THERE’S NO LAND ON THE NORTH POLE! No houses, no elves, no reindeer, no toy shops, nothing but air and water in the form of ice exists on the north pole.

Saint Nicholas was real a person, but his story grew into the legend of Santa Claus then morphed into a fantasy.  It makes me wonder. Is this what happens to the others? As in legends of Robin Hood and Marco Polo? I grew up believing that Marco Polo was a living, breathing man, not just the threads of a story that had been told and retold until they came to be a full-blown legend. But that’s the magic of a story. And of how it can grow.

There is ancient belief that if you tell a belief well enough and say it often enough you can create a Tulpa out of your story, giving it life. It’s almost a truth isn’t it? Maybe not as in bringing a true Frosty the Snowman to life or bringing a Santa Claus to a land of toys, but we almost have created an industry ran from just that type of story telling.

I was at the folks back in January and they were telling about growing up. Dad was talking about his dad being afraid of taking a government loan to buy land when he could have owned his own property. And he told a story about a “Balking Horse.” His dad had just purchased two horses, Duke and Dan, with some money he’d borrowed, for pulling the wagon for gathering his corn. They were renting some property on Grand River along White Horn Cove in Wagoner County Oklahoma. Dan was the horse that would “balk” and wouldn’t move and dad’s dad would get so furious he’d almost kill it by beating him. They’d load the wagon with the corn, then start moving forward, then the horses would stop because Dan would refuse to move. Then all the corn would fall out and they’d have to reload it. It happened several times until finally I guess Grandpa gave up and they went to get another horse they had. I can almost feel the sweat and the heat. Those good ol’ days.

A story tells so much. After listening to my dad, I realized he had some of the same frustrations that every generation has with their parents. Some he stated aloud, but some he didn’t. He never talks much about his childhood, but one thing has always stood out to me, he believes in this story – his dad should have bought some land. His dad should have borrowed the money, worked for something, gave something to his boys and somehow built something even if it meant being in debt to the government for a while. How do I know this? It’s not just this story, it’s his life also. My dad went into debt and built something, then was frustrated when his sons weren’t interested. Isn’t that how it always goes?

So what’s your story?

Seth’s Blog – Your story about money