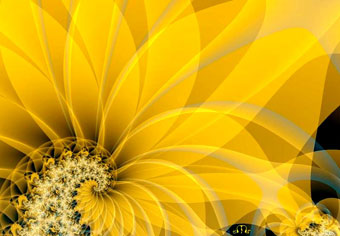 I have a theory. It’s just a thought I’m currently pondering..that there may be only one impossibility. Complete stillness. Look around you. Everything changes, but not only on the earth or in the sky but in spirit also.

If “In the beginning…the earth was without form and void…,” would that mean it was not focused? Maybe it was constantly changing. If quantum physics is the new science, it would mean

If quantum physics is the new science, it would mean everything is a possibility and that nothing is focused, until we choose to focus its potential in a fixed way. At that point, all other possibilities have been eliminated. But even at that point, it still is changing and deconstructing.

What I know is so limited, which is why I call it a theory. We are aware of a range of vibrations in energy, ranging from matter such as diamonds and rocks all the way to the ethereal range of thoughts and possibilities, even spirits and angels. In the writing of this, I have formed something. I have focused my theory and it is no longer floating and jangling around in my head, torturing me and keeping my mind busy. It has now located and has lit itself upon this screen as words that can be read by you and me. I find that quite fascinating.
Now to ponder upon God and his/her infinite possibilities and limitless reach; and also his/her complete wholeness as the Unmoved Mover. I would love to hear your thoughts and arguments. Namaste.