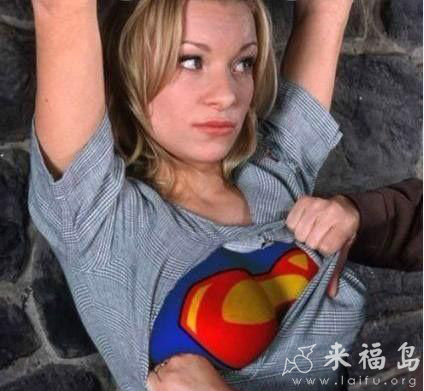 I have a proneness towards being involved. I’ll just state that up front, so you’ll know exactly where I stand when you read the second paragraph. It comes from being raised in a small town, in a small community church. Everyone helps. Everyone brings a covered dish for the meal and everyone helps clean the kitchen. With that knowledge in mind, I can ask a few questions.

When you’re sitting quietly beside someone and they’re talking about a topic you’re familiar with, when do you feel comfortable jumping in? When the topic is spoken to you directly? When you’re well informed? When you know the person who is talking? Never? Always? What you know and what is appropriate to talk about has always been difficult to me. I was raised to find the answers. If I have questions, I search in the library, in books,  ask teachers, read magazines, ask experts, or wherever I thought I could get knowledge. And since I grew up in a small church, I was put in leadership at a young age, so this put me in a mindset of being a know it all. Not with young children so much, but with my peers. I didn’t want that, so I was always bounding between giving an answer or staying quiet. This is the thing many women never talk about, having to stay quiet for fear of being ridiculed. By my own natural inclination, I want to help. I want to expose the truth. I want to tell all the information that might be helpful. Usually leaving people stunned and overwhelmed. Overexposed.

It’s difficult to carry on a conversation about topics that are mentally stimulating with people in everyday life. My brother and I have discussed this before. It takes an effort to find your own kind. And this is probably for everybody. There are sports bars for people who like sports, but most of society is a mixture weirdness and snobbery, myself included. What if you like beer and the opera?

Men are trying balance their Alpha maleness with their supportive softer side. Have you heard about The Red Pill controversy? Anti-feminism? It’s tough. It’s even tougher because women aren’t completely sure what they want. We have groups who are altogether sex goddesses. They believe women are pure estrogen and need to do nothing more than to wag their, whatever, to get their way. Fine. And maybe that’s all true. But some of us have a brain and are curious. I like to explore and think. We have geeks supporting brain juice. Pop culture promoting a sex-pumped Barbie image. Then there are the Vegans.

This is just to show how far away we are not from solving the role of women or even of men,

On the flip side – those of you saying that Kim Kardashian needs to put on some clothes simply because she is a mother also need to sip a big champagne glass of “Girl, Bye!” Because this antiquated idea that mothers are not allowed to celebrate their sexuality is ridiculous and naive. How exactly do you think women become mothers? Immaculate conception? I’ve never been a fan of policing other women’s bodies, and I’m not about to start now. Ya’ll can have that. – The Grio

Somewhere in all of these types, we forgot to just be who we are. We have brains. We have bodies. Some of us like to drive and some like to coast. Pick your flavor and enjoy. It all works together my friend and you can’t ignore any of it or you have dysfunctions. I think the over sized derriere is a symptom of the dysfunction trying to find balance, but it’s just my guess. And truthfully, even if I had a backside curved like Kim’s, it would probably still be sitting on the couch on Saturday night.

All of humanity made history today by landing a spacecraft on a comet.

Unfortunately, many of the women following that development — and a few men, too — were made to feel pretty unwelcome in the space exploration sphere when one of the people leading the mission decided to show up to talk about it wearing a shirt covered in dozens of half-naked women.

Let me rephrase previous tweet: Sent a probe to a comet, millions are watching. Only a douchbag would wear this shirt pic.twitter.com/ObYBqTopgY

There’s never a lack of stuff to talk about. I think the wisdom is knowing when to speak and when to not speak. What to wear and when to not wear it. And maybe even how much to show and at what times? I don’t always know. I try to err on the side of not speaking to compensate for my overzealous mouth.